August 19 Lamp
a lamp inspired by the Crown Heights riot
The Crown Heights Riot is an event that has always fascinated me. It’s the type of thing that can only happen in New York. Here we have a relatively small section of the city, inhabited predominately by two distinct groups—Black Caribbean people and European Hasidic Jewish people—living side by side to eke our their slice of the American pie. Though they originated from vastly different climates, cultures, and geographical regions, somehow through the beauty of the great melting pot that is New York, the two groups wound up living in the same neighborhood in Brooklyn.
In 1991, there were a large disparities in Crown Heights, both terms of quality of life and how the city treated its residents. Many of the Black residents of Crown Heights would point to the Hasidim’s relationship with the NYPD, citing examples of preferential treatment and racial profiling. Tensions existed for many years, with both sides holding some level of animosity and distrust towards the other group. It wasn’t until the heat of the summer that year that the underlying tensions boiled to the surface.
The Crown Heights Riot occurred after a fatal car accident on Aug 19, 1991. 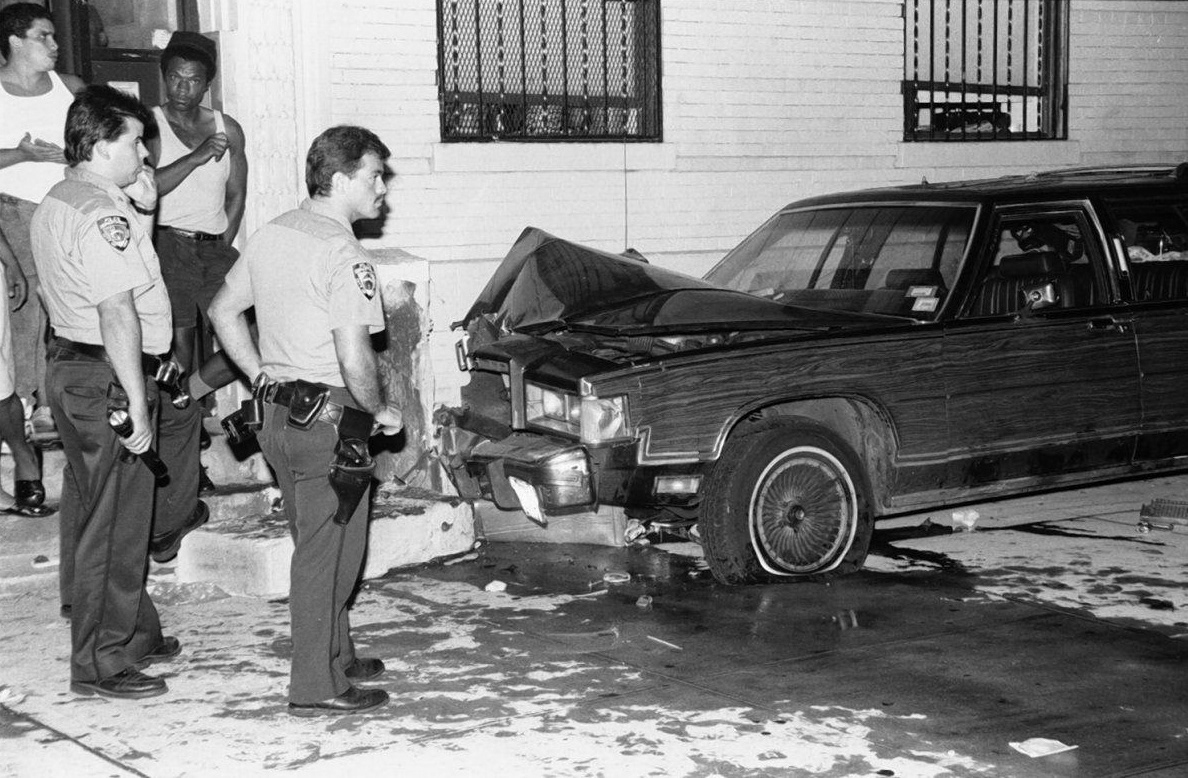 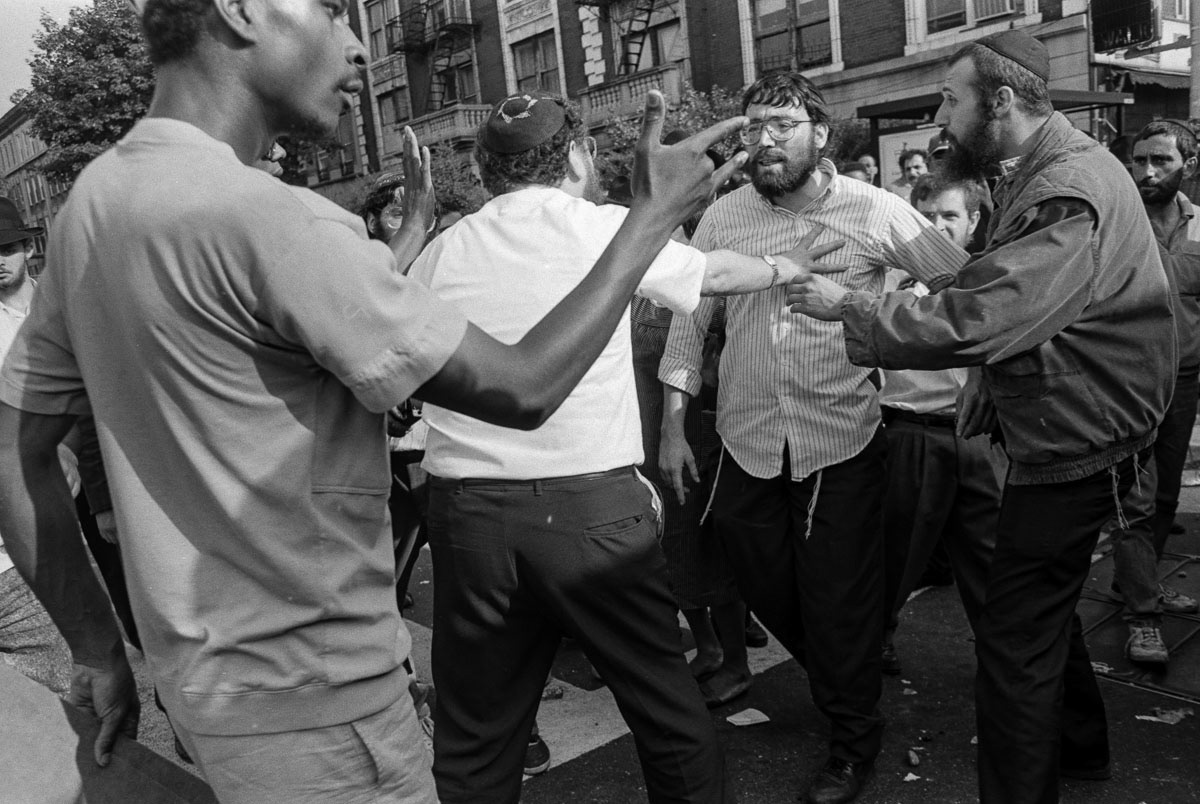 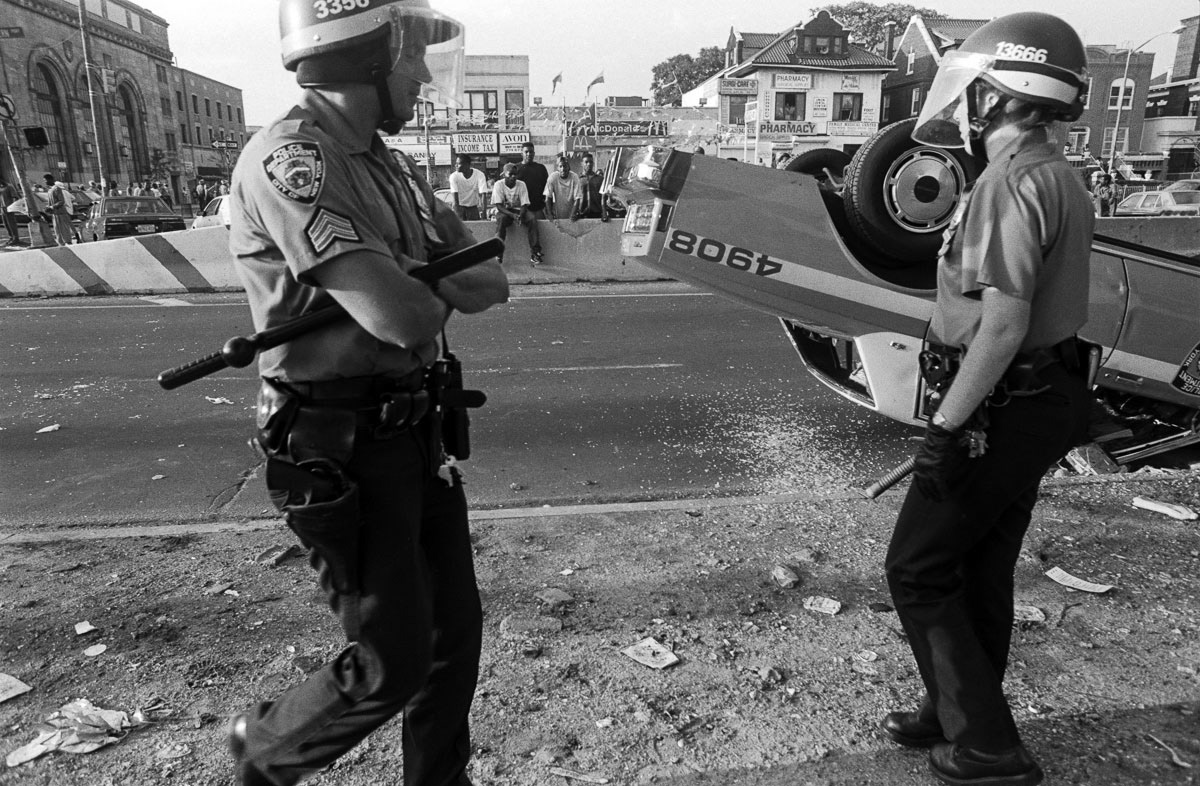 A Hasidic man driving a station wagon was running a red light to keep up with his Rabbi’s motorcade and had to swerve to avoid crossing traffic, causing him to drive his vehicle up on the curb and in the process, running over two young Guyanese children, killing one instantly and severely wounding the other.
There is much debate about what happened next, but most accounts say that the Hasidic driver and his passengers were immediately dragged out of the car by watching Black residents, and violence ensued. Accounts also say that police and a Hasidic Ambulance arrived on the scene and spent their time trying to protect and treat the bruised Hasidic driver while the stricken Guyanese children received no care at all, remaining trapped under the hot metal of the driver’s station wagon.
Thus ensued the riots: angry Hasidim on one side, and outraged Black Americans and Caribbeans on the other. The long-simmering tensions between the two groups had finally come to a head.
The riot lasted 3 days and over 1800 cops had to be deployed to the scene to restore order to Crown Heights. 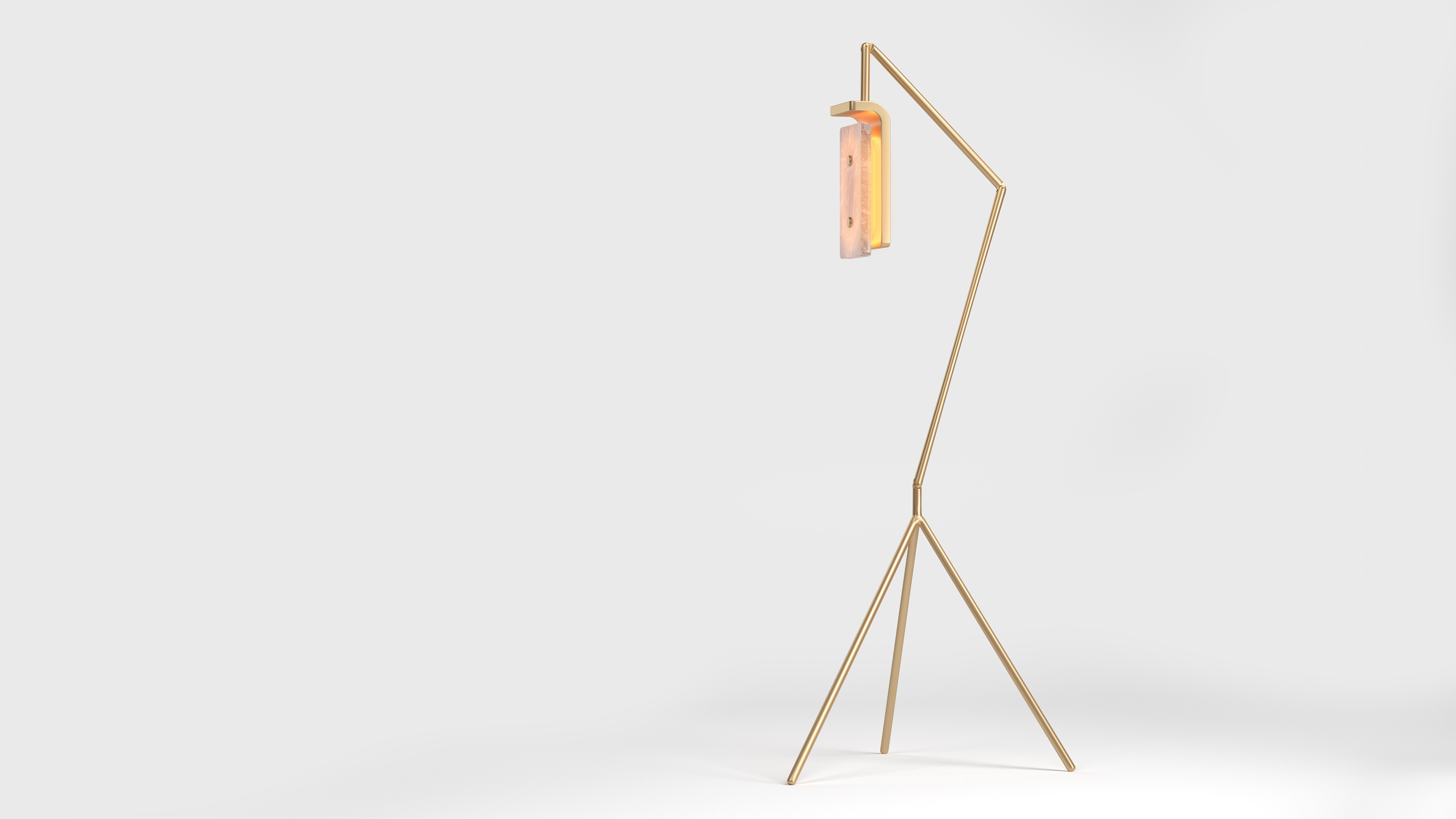 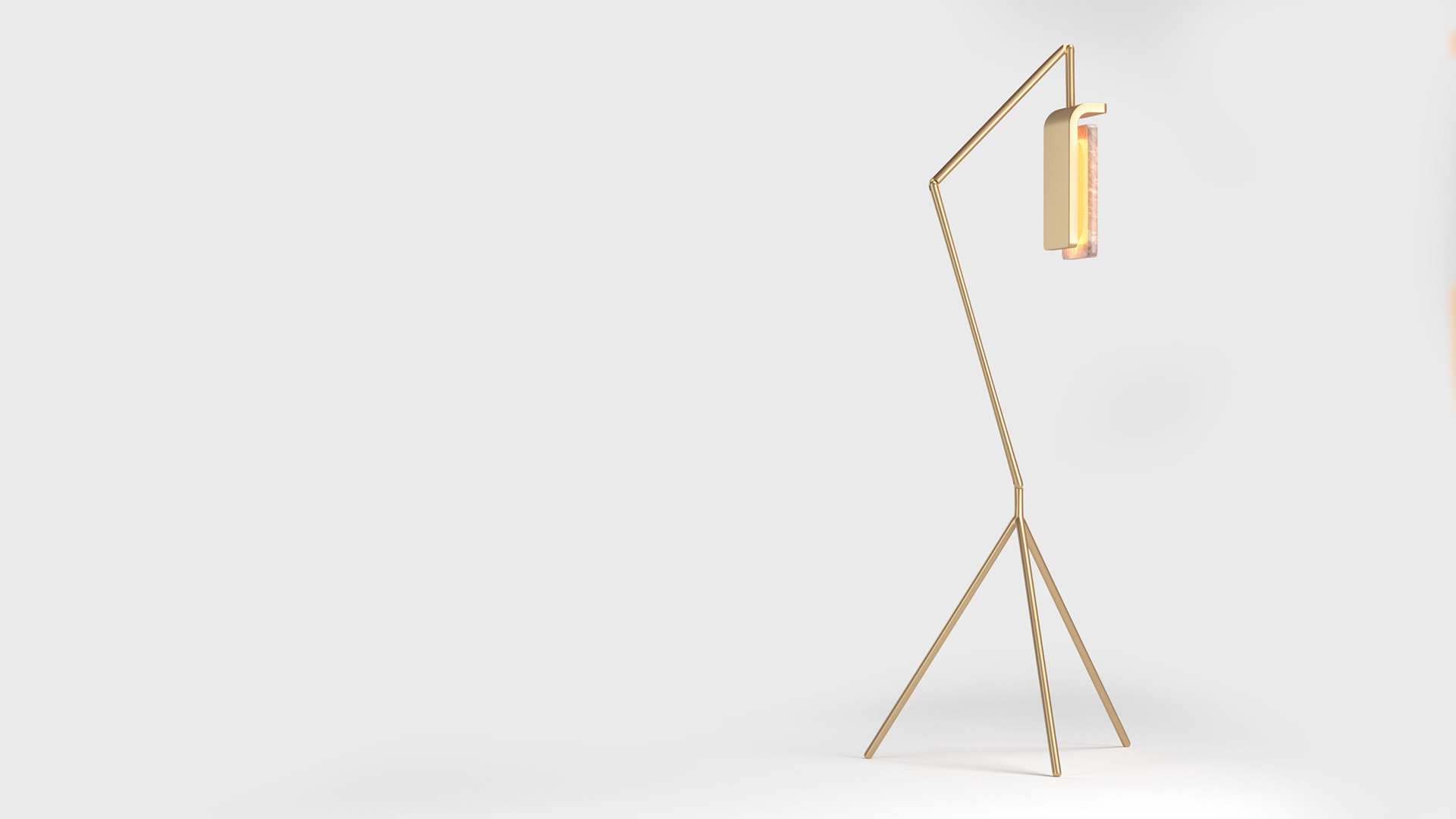 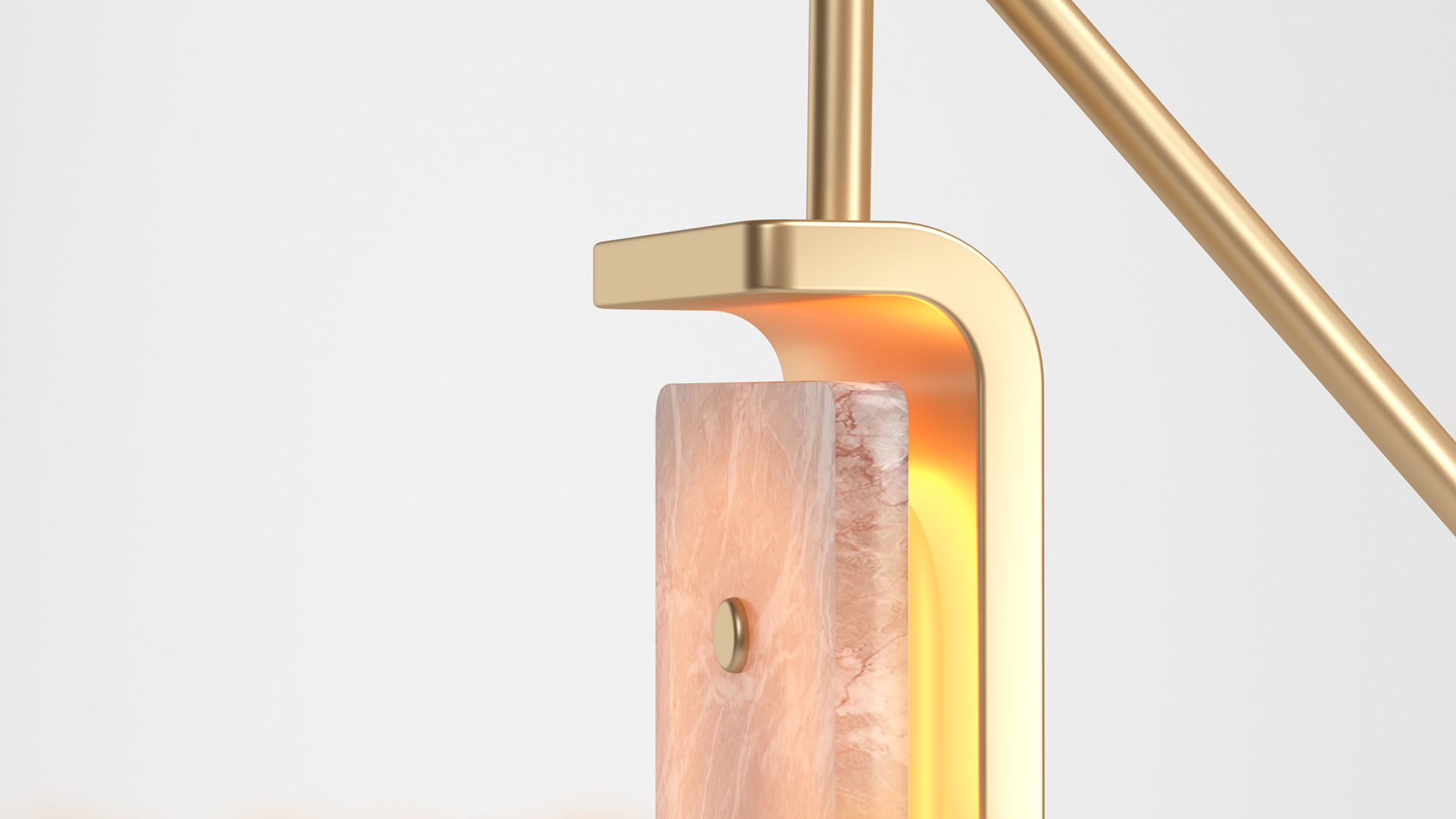 The legs and arms that support the lamp are frail and fragile looking compared to the head of the lamp itself. On close examination it wouldn’t tkae much for the whole body of the lamp to collapse under any additional outside weight.
The head of the lamp is comprosed of two opposing forces: the marble and the bronze. Together they are forced to live in a precarious and confined area, with nothing below them should they fall. Between the contrasting forms, a hot tension shows itself through light, glowing through the marble and causing the marble to transform its appearance when lit.
As a whole, my lamp, though working to show a feeling of tension, remains elegant and graceful. To me, the Crown Heights riot, though a dark tragedy, is part of the beautiful and brutal dance of human life.